How do you feel when you find a device that meets all your smartphone needs, only to find out that the price is far beyond your budget?

After careful research, we have come up with top smart devices that can give you what you want at affordable prices.

Android devices are unarguably the most popular category of smartphones available in the market now. Android is largely adopted by most mobile phone manufacturers as their desired platform, thereby increasing its availability in the market. The android platform gives a great user experience and user support. Most Android smartphones feature at least 1GHz quad-core processor and 1GB RAM with premium models boasting of quad-core, Hexa-core, octa-core, or deca-core processors. High-end Android phones also offer large displays ranging from 5.0-inch to 6.3-inch.

Most of the highly-affordable Android devices come with the Android 8.0 (Oreo), Android 7(Nougat), Android 6.0 (Marshmallow) and  Android 5 (Lollipop) while few still boast of the latest Android 9.0 (pie).

For Tecno fans like me, this is for you.

Tecno Spark 2 (KA7) features a rear-mounted fingerprint scanner and runs on Android 8.1 Oreo (Go Edition). It is powered by a quad-core processor with a 3500 mAh battery.

Tecno Spark 2 is definitely one of the most affordable smartphones currently in the market. Also, like the first model, this model is also available with 1GB / 2GB RAM. You also get 16GB or 32GB built-in storage and can support up to 32GB memory card.

This is also one of the latest affordable smartphones from the Hongkong based mobile phone manufacturers, Tecno Mobile. It features a massive 6-inch IPS display, a 13MP rear camera, 8MP front-facing camera, a fingerprint scanner as well as Face ID.

The Pouvoir 2, being a member of the Tecno Pouvoir series also has an interesting battery life, which is the highlight of the Pouvoir series. With the built-in 5000 mAh, the smartphone promises up to 3 days of use. Pouvoir 2 runs on Android 8.1 (Oreo) on a quad-core processor with 2GB RAM.

Tecno Camon CX is a member of the Tecno camera-centred Camon series. It is also one of the low-budget devices that will surely meet your smartphone needs. The device features a 5.5-inch display, super-fast 4G LTE and sports a 1.5GHz octa-core processor with 2GB RAM. It runs on Android 7.0 (Nougat). As expected, the Camon CX comes with exciting 16MP front and back camera with dual-LED flash that will adequately take care of your photography needs.

Hot 6 Pro is a direct successor of the Infinix Hot 5. It comes with Android 8.0 (Oreo).

This is one of the cheap phones for 2019 that still offer high specifications.  It is powered by a 1.4GHz quad-core processor in a Qualcomm Snapdragon 425 chipset. Hot 6 Pro comes in two variants, one having 2GB RAM paired with 16GB built-in storage and the other with 3GB RAM and 32GB built-in storage. It is equipped with a 13MP + 2MP dual camera on the back and 5MP front camera.

This is another very affordable Android-powered device from Infinix. Infinix Smart 2 features a stylish body with a 5.45-inch IPS Display that has 720 x 1440 pixels resolution and powered by the Android 8.0 version.

It comes with a 5MP front camera and a 13MP rear camera, and is powered by a quad-core processor paired with 2GB RAM or 3GB and 16GB or 32GB built-in storage.

This is one of the cheapest Samsung phones. It features a 5.5-inch Super AMOLED display and supports 4G LTE. Samsung Galaxy J4 is powered by a 1.4GHz quad-core processor with 2GB RAM and a 32GB in-built storage. It also comes with Android 8.0 (Oreo). It offers a 13MP camera on the back and a 5MP camera on the front for selfies. All these features are powered by a 3000 mAh battery.

The Nokia 3.1 smartphone is another of the cheap phones in 2019 to look out for. With a brilliant 5.2-inch display, 13 megapixels camera on the rear and an 8 megapixels camera on the front, you are surely going to get the best out of this device. It is powered by a 1.5GHz octa-core processor and 2GB or 3GB RAM and loaded with Android 8.0 (Oreo). You also get 16GB or 32GB built-in storage and 4G LTE for fast streaming and download.

This is a very affordable device from Itel which runs on Android 8.1 Oreo (Go Edition) on a quad-core processor with 1GB RAM. For photography, the Itel A32F offers a 5.0-inch IPS display, a 5MP rear camera, and a 2MP front camera. It also features a 5.45-inch IPS Display with 720 x 1440 pixels resolution.

While there are lots of smartphones out there in the market, these are our top picks. They will give you all the specifications you need at a low price. 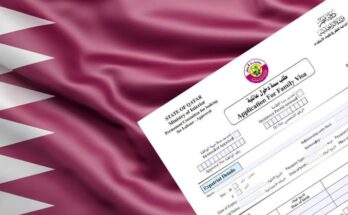 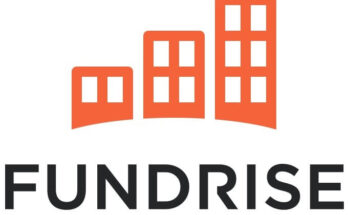 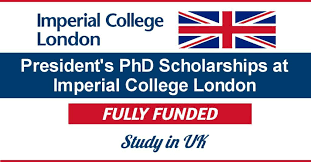