Breaking through the clutter of an overwhelming amount of resources for Android application developers, Consagous gives you the essentials whether you are a newbie or a seasoned developer.

Make use of different libraries, decompiles, emulator and more to help you develop easier like Android Arsenal, Awesome Android Security and many more. These are curated list of libraries which are categorized by their functionality and equip you with tools such as decompiles, reverse engineering tools (to be used with care), analysis tools and more.

Go for consistent coding styles that make it easier for other developers to read your code by sticking to a standard set of rules. Guideline platforms like Android Best Practices and Android Boilerplate throw light on writing code, libraries to use, package organization and more.

UI libraries like Awesome Android UI give amazing designs for captivating android app development. Then there are blogs like Adroiduiux which keeps updating its readers and members with best practices for designing the UI and UX of an android application.

Hybrid apps can save your day

Even if you don’t know how to write Java code you can still weave creative Android applications by going for hybrid apps which are developed using HTML, CSS and JavaScript. Options for going by this solution are Ionic Framework, Native Script, Xamarin. Android.

This should be your Bible, go by the word. The best way is to start with official documentation.

It is a channel where everything is focused on Android, designed from the point of view of the programmer. The channel constantly features talks on cookie cutter approach to android application development, design, user experience and so much more. Hit on the subscribe button today to impress your project manager.

Stay up-to-date at all times

To be ahead of the curve, you need to arm yourself with everything happening in the digital arena, don’t stress yourself out but make it a point to read blog of experienced Android developers at least once a week. Subscribe to blogs and newsletters like Android Official Blog, Android Developers Blog, Android Weekly and Android Authority to keep brimming with ideas.

Consanguineous Technologies is a reservoir of the most competent Android app developers, creating wonders for businesses and organizations worldwide. 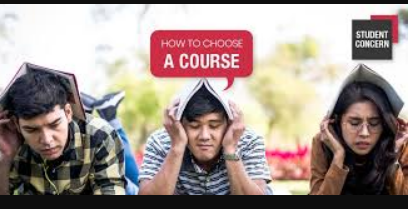 How to Choose Course of Study